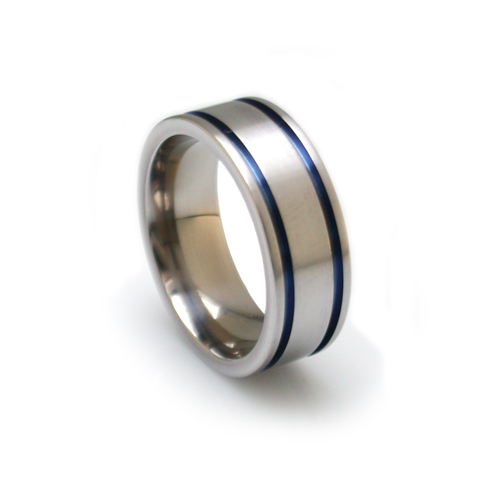 Although the ability to anodise steel has been around for many decades, its application in jewellery has been mainly associated with female lines, in particular rings and necklaces. Anodising creates remarkable colours by a process which involves electrically charged particles. 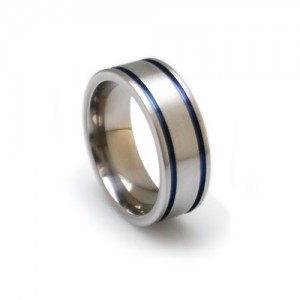 Recently however, Edward Mirell have given the anodisation process something of a renaissance! Mens titanium bands are now seeing a splash of colour through them which has not previously been seen in any of the Edward Mirell lines in the past. 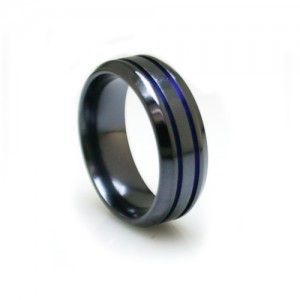 The blue anodised effect is more subtle with black titanium

One of the key features to note with the anodised rings is the slight recessed channels where the colour is situated. This has the effect of protecting the colour and greatly increasing its life because it is not surface facing and therefore has a considerably reduced risk of being scratched. 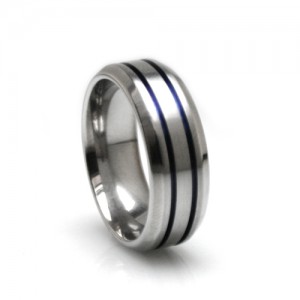 Although Edward Mirell have had the ability to create these designs for many years, these are quite new lines so they have only released a select few bands. The theme is predominantly blue mens rings  although other designs are said to be following soon. The products are currently limited to both black titanium and grey titanium. There are no plans to have anodised Cobalt bands at this stage. 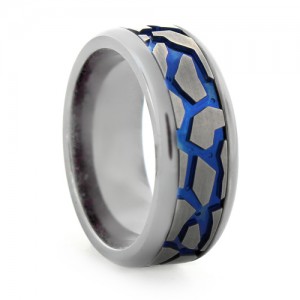 So come and check them out, they’ve proven to be quite popular so far, particularly the grey titanium variety as the contrast between the blue and grey is quite remarkable. 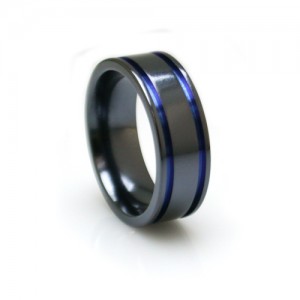