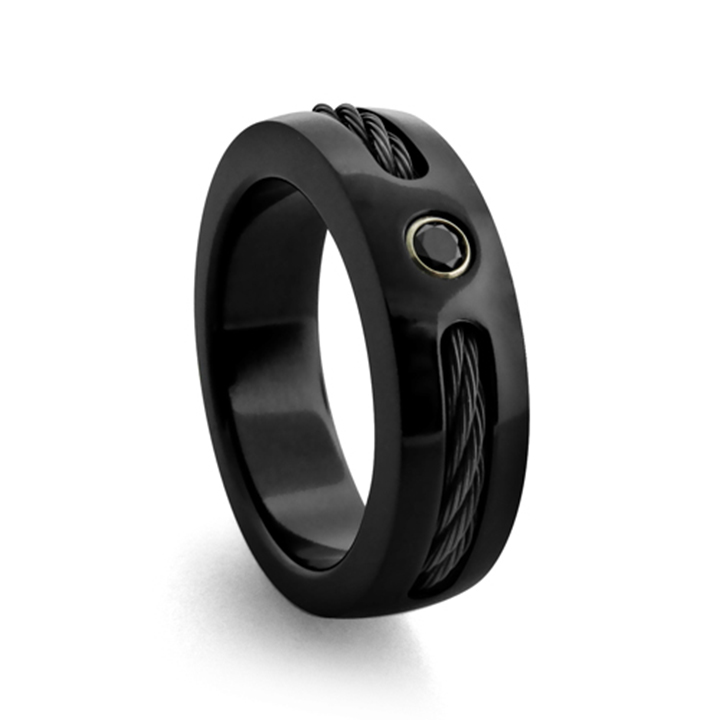 Midnight Cable by Edward Mirell is one of the most alluring collections currently available. At the core of every Midnight cable piece is the proprietary Edward Mirell Black Titanium. In each piece is set Black Titanium memory cable and in almost all cases, black diamonds. The effect is moody, strong, and incredibly attractive. 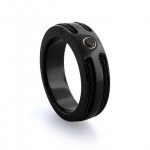 The above ring has two Black Titanium memory cables inlaid, with one black diamond bezel set into the black ti. Such a unique look and yet so remarkably attractive.
Get ray ban sunglasses 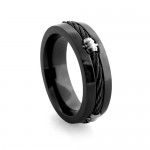 This particular ring doesnt have diamonds yet it maintains the same philosophy of the Midnight Cable collection – Black Ti with a band of Black Ti memory cable and the barrels equally placed along the cable.
ray ban folding wayfarer 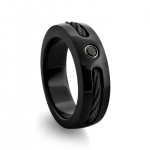 One of the showpieces of the collection, this ring is simple yet so powerful in its appearance. Again with Black Ti, an inlaid Black Ti cable and a single Black Diamond, this is one of the most incredible rings in all the Edward Mirell collection.
France ray ban sunglasses 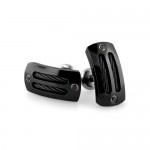 The Black Titanium Cufflinks are in the same theme as all the rings in the Midnight Cable Collection. 2 Black Ti memory cable complete this piece to give a wonderful visual effect. Black Mens Cufflinks never looked so good.
ray ban jackie ohh sunglasses
Necklaces and mens bracelets are also available in this collection. We have found that there are quite a few people out there that love the Black Ti, but want a slightly understated look. Using Silver or Gold inlays or cables can often bring out the personality of the ring too far. Black cable is a way to slightly tone down the image of the ring, giving a great textural contrast between the base metal and the cable, but subtle because the colours are common.